Santore began his career as a commercial illustrator, working for advertising agencies and magazines. In the 1980s he turned to children’s illustration, beginning with The Tales of Peter Rabbit. Each book can take up to two years to complete, which gives him time to develop the characters and the worlds they live in.

Inside this coloring book are twenty-one black-and-white drawings that Santore made in preparation for his watercolor illustrations for Snow White. The lush, full-color illustrations are reproduced on the inside of the front and back covers. We’ve also included two blank pages at the end of the book, so you can draw and color your favorite characters from Snow White, or perhaps make up a fairy tale of your own.

Coloring pages are blank on the back so they can be cut out and displayed.

There are no reviews yet.

Only logged in customers who have purchased this product may leave a review. 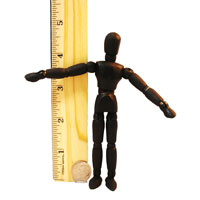